Australia Day is on 26 January each year. This day is an opportunity for us to think about the importance and value of being Australian.

The first recorded European contact with Australia was in March 1606, when Dutch explorer Willem Janszoon (1571–1638) charted the west coast of Cape York Peninsula in Queensland. Later that year, the Spanish explorer Luis Vaez de Torres sailed through the strait separating Australia and Papua New Guinea. Over the next two centuries, European explorers and traders continued to chart the coastline of Australia, then known as New Holland. In 1688, William Dampier became the first British explorer to land on the Australian north west coast. It was not until 1770 that another Englishman, Captain James Cook, aboard the Endeavour, extended a scientific voyage to the South Pacific in order to further chart the east coast of Australia and claim it for the British Crown.

Britain decided to use its new outpost as a penal colony. The First Fleet of 11 ships carried about 1500 people – half of them convicts. The fleet arrived in Sydney Harbour on 26 January 1788, and it is on this day every year that Australia Day is celebrated.

About 160 000 men and women were brought to Australia as convicts from 1788 until penal transportation ended in 1868. The convicts were joined by free immigrants beginning in the early 1790s. The wool industry and the gold rushes of the 1850s provided an impetus for increasing numbers of free settlers to come to Australia.

Scarcity of labour, the vastness of the land and new wealth based on farming, mining and trade made Australia a land of opportunity. Yet during this period Indigenous Australians suffered enormously. Death, illness, displacement and dispossession disrupted traditional lifestyles and practices.

A nation is born

The Commonwealth of Australia was formed in 1901 through the federation of six states under a single constitution. The non-Indigenous population at the time of Federation was 3.8 million, while the estimated Indigenous population was around 93,000. Half of the people lived in cities, three-quarters were born in Australia, and the majority were of English, Scottish or Irish descent.

The founders of the new nation believed they were creating something new and were concerned to avoid the pitfalls of the old world. They wanted Australia to be harmonious, united and egalitarian, and had progressive ideas about human rights, the observance of democratic procedures and the value of a secret ballot.

One of the first acts of the new Commonwealth Parliament was to pass the Immigration Restriction Act 1901, which limited migration to people of primarily European origin. This was dismantled progressively after the Second World War. Today Australia has a global, non-discriminatory policy and is home to people from more than 200 countries.

Legislation and regulations are not published on this department’s website, but can be accessed from a legal information retrieval system owned by the Australian Attorney General’s Department. 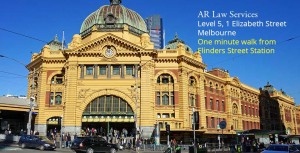