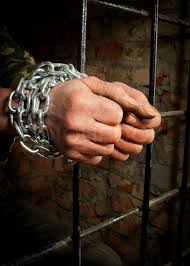 In late 2019 I was approached by a person whose protection visa had been cancelled pursuant to s109 of the Migration act. The department granted the visa: that is, found him to be a person Australia owed protection, ie he was a Refugee, (His history was truly harrowing – arbitrary arrest, brutal assault while in custody: he was subject to a raft of degrading and violent acts all because of who he was and what he believed) but then the department received further information that lead them to believe the applicant had provided “bogus” that is fake documents.

The Migration Act 1958 stipulates at Section 101:  Visa applications to be correct s101. A non-citizen must fill in or complete his or her application form in such a way that: (b) no incorrect answers are given or provided. Section 103. Bogus documents not to be given etc. A non-citizen must not give, present, produce or provide to an officer, an authorised system, the Minister, the Immigration Assessment Authority, or the Tribunal performing a function or purpose under this Act, a bogus document or cause such a document to be so given, presented, produced or provided. At the time of the visa holder’s visa application section 97 of the Act defined a bogus document, for the purposes of the Act, as follows: Bogus document In relation to a person means, a document that the Minister reasonably suspects is a document that: (a) purports to have been, but was not, issued in respect of the person; or (b) is counterfeit or has been altered by a person who does not have authority to do so; or (c) was obtained because of a false or misleading statement, whether or not made knowingly. The difficulty was the document was given. But that is not the end of the story under s109 for it is a discretionary power. It has always struck me as a particularly problematic part of the law that asks an applicant to approach the “government” or instruments of government of the Country that are persecuting the applicant in question to request documents to make a refugee claim.  Yet that is what happened here. The Australian migration department asked – my client instructs, demanded – he provide a police report from his home country. His home country said in order to give you such a report you, applicant, must either:

So there were some problems in securing this document – first being he didn’t have a passport – and going to the embassy was beset by issues (think Khashoggi) The applicant did what any desperate person would do in a life an death situation, he through a friend back home secured the police report.

Important Win for Refugees with a criminal history.

Therefore this was the sticky point, but after extensive instructions and review of the very very thick file, it struck me that the department had made a very unjust decision, but more importantly an decision that would be overturned at the Tribunal. The idea of s 109 and Bogus documents is to stop non genuine applicants succeeding in pressing a claim for protection – its purpose is not to strike out genuine applicants who happen to submit a document that is a bit “hinky” – the purpose of s109’s discretionary power is clearly meant to be to encourage an holistic assessment of the application. If there is a “bogus document” that is just one piece of evidence that must be weighed against all the other “stuff”. Suffice it to say I won the case and the matter was remitted to be reconsidered by the department.