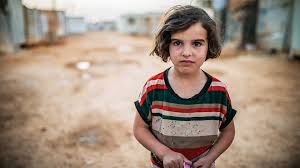 Another “David and Goliath” refugee case won by AR LAW Services at the AAT.

In the 20 years or so that I have been an immigration lawyer today’s win at the Administrative Appeals Tribunal (AAT) has to be up there with the best. [Not only a brilliant legal argument but also a really heart warming ‘good fight’. The sort that makes you very proud of the work we do here at AR LAW Services]

About three years ago a woman approached me to seeking advice regarding an appeal for a small boy who she was “sort of a mother to”.

She was a well spoken profession Australian Citizen and had seen many lawyers in the last few months – among them some of Australia’s leading law firms, all had told her the case had little prospect of succeeding.

The little child had arrived in Australia on a visa “they got somehow” when the child was about ones years old and ever since the department was trying to ‘deport” the child.

An application for protection (a refugee visa) had later been filed.

That application had been refused.

An appeal to the AAT had then been filed.

It is at this time I and AR LAW Services where approached.

On review of the matter I discovered that the child belonged to a small group of indigenous tribal people that due to ethic and religious reasons were subject to persecution.

The child – an orphan – was extremely traumatized due to the horrendous ordeals suffer in such a short life.

So obviously we required a full psychological assessment.

Additionally and simultaneously the Family Court was persuaded to award ‘custody” of the child to the woman “sort of the child’s mother”.

All of this was woven together and presented to the tribunal.

After many submission and appearances at the AAT the Deputy Member agreed with me and we won.

The little child who had faced a truly bleak future: despised cast-out and persecuted, had with one decision of the AAT been saved. The future now was indeed bright and bristled with the opportunities that a life in Australia held.

So if you or anyone you know has had a visa refused or cancelled and have been told it is a ‘hopeless” or difficult case make an appointment with a Master Migration Lawyer.