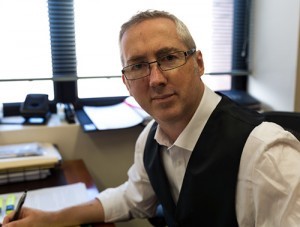 The Minister found the “countervailing considerations” against visa cancellation – including Ms Le’s longstanding residence in Australia, the impact of cancellation of her visa on her husband and the best interests of her 8 grandchildren in having her remain in Australia – did not outweigh her significant criminal record.

Judge Logan found that the Minister’s decision to cancel the visa based on Ms Le’s criminal record was not “unreasonable” (and thus not affected by jurisdictional error on that basis) the grounds that it was “disproportionate”, or a decision which “no reasonable decision-maker would make”.

His Honor held that although Ms Le was not required to raise the question of Australia’s non-refoulement obligations in her submissions to the Minister, because she had previously acquired the status of a refugee, the Minister was legally obligated to consider whether the visa cancellation would be contrary to the anti-refoulement provisions of the Refugees Convention.  In order to reach a conclusion on that question, the Minister would have had, at least, to have conducted an analysis to determine whether Ms Le still retained “refugee status” (it was possible that she could have lost her refugee status by committing a “particularly serious crime”.

Implicit in Judge Logan’s decision is that the Minister was under an obligation to take Australia’s anti-refoulement obligations into account even though these obligations had previously been considered in connection with prior visa cancellation decisions.

Call 03 9614 0218 or email info@arlaw.com.au to see if you qualify for a free initial 30 Minute general information consultation at our Melbourne office. (conditions apply)
For more go to https://www.arlaw.com.au/disclaimer/
Note: this update, or any previous updates on this page, do not constitute legal advice and should not be relied upon as such. Please call our office to seek professional advice before acting or relying on any of the content on this page